This is the home page of the Plasma Physics Division of the European Physical Society.

Professors Pisin Chen, James Benjamin Rosenzweig and Chandrashekhar Janardan Joshi have invented and pioneered beam-driven plasma wakefield acceleration (PWFA). In PWFA, intense charged particle beams (electrons, positrons, or protons) excite strong plasma wave oscillations, which can provide focusing and accelerating electric fields three to four orders of magnitude larger than those in conventional accelerators. PWFA was conceived and first demonstrated in the 1980s. It has been explored in the decades since, and today a vibrant community drives forward their development and exploitation at numerous small, medium-sized, and large laboratories, including CERN. The applications range from compact, intense, relativistic electron beam sources to novel intense photon pulse sources to ultra-relativistic beams for high energy physics research. 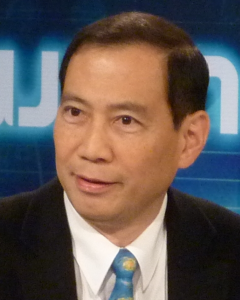 Prof. Pisin Chen is regarded as the inventor of PWFA and played a key role in the theoretical development of the plasma wakefield accelerator principle, energy transfer and beam loading, and plasma lenses at the SLAC National Accelerator Laboratory in the 1980s. The extreme gradients and energy gains obtainable from PWFA was a pathbreaking innovation at the energy frontier, and the extreme focusing with plasma lenses was a pathbreaking innovation at the luminosity frontier. He led an experiment at SLAC that successfully demonstrated the plasma lens principle as predicted. 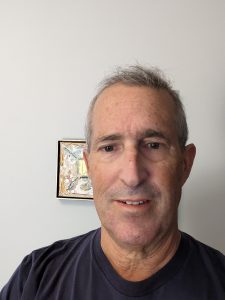 Prof. James Benjamin Rosenzweig experimentally demonstrated PWFA for the first time in the 1980s and is regarded as the father of the non-linear “blowout” interaction regime, where the beam driver is so intense that it expels all plasma electrons and forms a spherical blowout leading to the formation of linear accelerating and focusing electric field structures. He contributed to many theoretical and experimental foundations of the field and, together with Chen and other pioneers, developed plasma lenses. 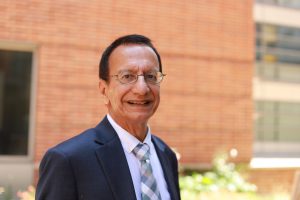 Prof. Chandrashekhar Janardan Joshi has since the early 1980s made pioneering contributions to the investigation of both laser-driven plasma interactions and particle beam-driven plasma wakefield interactions. He was able to translate many techniques and concepts from LWFA (laser wakefield acceleration), where the plasma wave is driven by intense laser pulses, to PWFA. He pushed forward a pioneering program of PWFA R&D, which included milestones such as energy doubling of 42 GeV electrons in the blowout regime in a metre-scale plasma, positron-driven PWFA, acceleration of positrons with PWFA, and plasma wigglers. This has led to the modern era of PWFA, which is now more vibrant and successful than ever.

The call for nominations for the 2023 EPS Plasma Physics Innovation Prize has opened.

The prize was established in 2008 by the EPS Plasma Physics Division to acknowledge and promote the many benefits to society that derive from plasma physics research, such as applications in medicine, waste management, material processing or any other areas of societal, industrial or technological applications. The prize is awarded for scientific achievements in plasma science which have opened breakthroughs in the field of applications. Nominations can be submitted no later than

to the Chair of the Plasma Physics Division Board, Prof. K. Crombé. More information is found in the section Awards.

The 49th EPS DPP Plasma Physics conference will be held from July 3rd to July 7th 2023 at the Bordeaux Congress Center (Bordeaux, France). 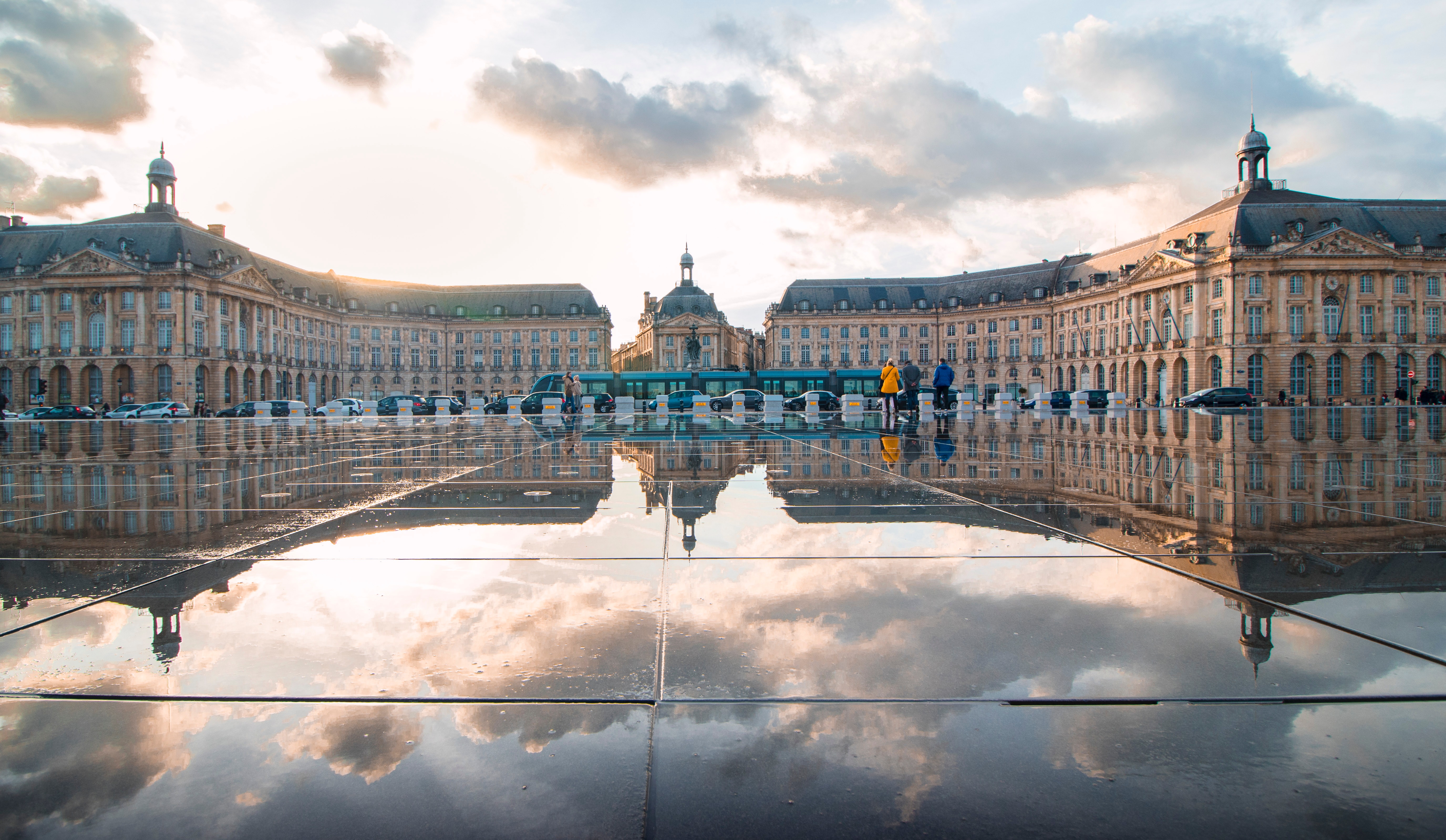 The call for contributed abstracts is open here until February 24th, 2023.

The 2022 Lev D. Landau and Lyman Spitzer Jr. Award for Outstanding Contributions to Plasma Physics, jointly sponsored by the Plasma Physics Divisions of the American Physical Society and the European Physical Society, is going to:
– Christopher Chen (Queen Mary University London, UK),
– Gregory Howes (University of Iowa, USA), and
– Kristopher Klein (University of Arizona, USA)
for “the theoretical development of the field-particle correlation technique and its application to spacecraft measurements directly showing that electron Landau damping plays a role in the dissipation of space plasma turbulence.”

On 1st July 2022, Richard Dendy stepped down as Chair of the EPS Plasma Physics Division at the closing session of the 48th Annual European Conference on Plasma Physics, after leading the division for exactly six years. His successor as Chair is Kristel Crombé, who has been Hon. Sec. of the EPS-PPD Board since 2016. 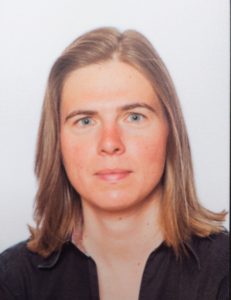 The 48th European Physical Society Conference on Plasma Physics was held online from June 27 to July 1, 2022, with – among other very facinating talks – the lectures given by the 2021 and 2022 Hannes Alfvén prize recipients as well as by the 2022 Innovation prize ones (see prize announcements below). More information on the conference website.

It was be also the opportunity to encourage the youngest researchers and highlight their ongoing studies through two sets of awards.

The 2022 IOP-PPCF / EPS-DPP best PhD poster awards were granted to:

The 2022 Kyushu University Itoh project prize was awarded to Ralf Mackenbach (Eindhoven University of Technology, Netherlands) for “Available energy and its relation to turbulent transport”. Paul Mulholland (Eindhoven University of Technology, Netherlands) for “KBM and finite beta ITG turbulence in the Wendelstein 7-X stellarator” and Zongyu Yang (Southwestern Institute of Physics, People’s Republic of China) for “An interpretable, transferable, and real-time disruption predictor in HL-2A based on deep learning” were highly commented.

The EPS condemns the continuing attacks by the Russian Federation against Ukraine.
Read the statement.

The 2022 EPS Plasma Physics Innovation Prize is awarded to Dr Ane Aanesland, Dr Dmytro Rafalskyi and Javier Martínez Martínez (ThrustMe, France) for technological, industrial or societal applications of research in plasma physics. They successfully pioneered the use of iodine-fuelled plasma-based electric propulsion systems for satellites. Iodine is a transformative alternative propellant to xenon, has been recently demonstrated in orbit, and has the potential to ensure the economic and environmental sustainability of the space industry.

The 2022 EPS Plasma Physics PhD Research Awards are awarded to:

The 2021 EPS Hannes Alfvén Prize is awarded to Prof. Sergei Igorevich Krasheninnikov (Department of Mechanical and Aerospace Engineering, University of California San Diego, USA) for seminal contributions to the plasma physics of the scrape-off layer and divertor in magnetically confined fusion (MCF) experiments, including the physics of “blobs”, divertor plasma detachment, and dust, together with atomic physics effects.

Objectives of the Plasma Physics Division